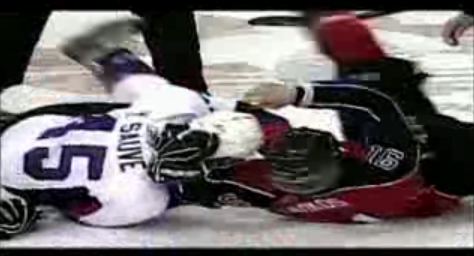 If you are just waking up you'll want to read up on Yann Sauve, Vancouver's second round (#41) pick. A "do everything to win" type of defenseman (his words), Sauve models his game after Dion Phaneuf and I suggest watching his draft video to see him dust it up with Stamkos (niiiice). Ranked #1 in the ISS QMJHL Draft Prospects two years ago, Sauve dropped down from a projected first round selection this year because scouts felt he was too aggressive but with luck and patience he could be something special. 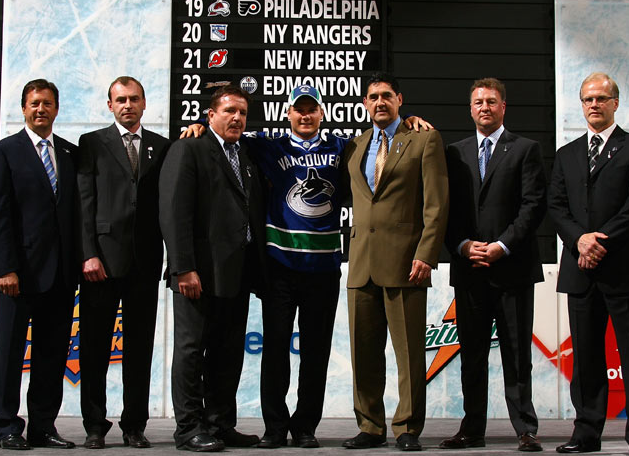 Back to to Cody Hodgson, any argument that we lost out on size in Kyle Beach can be ignored since clearly Hodgson's intangibles outweighed anything else. Character, leadership, polished...I think most people would want that said about their first rounder.

Let's give Gillis credit: he tried to move that #1 pick for Cammalleri but the Kings balked at anything more then one for one, so Gillis stood steadfast and got a potential future captain for his team. He didn't move the second pick and has a potential big, bluechip D-man on his hands.

"We didn't think he was the player we wanted to fit in with our team," Gillis said of Jokinen, an established star. "The reports that we had were problematic for me and I don't really want to expand on it."


With the big names gone and the draft working towards the third round now (Canucks don't pick again until the fifth round), it's clear Gillis is going to attack July 1st and be active on the trade market to upgrade this team.

Hodgson will be working towards making the camp in September but he has his work cut out for him (certainly not impossible, see Mason Raymond). Sauve will get his shot probably but is a long shot to make the club this time around. Regardless, the two join a string of picks like Patrick White, Taylor Ellington, Michael Grabner, Daniel Rahimi, Juraj Simek, Mike Brown, Cory Schneider, Nathan McIver and Jannik Hansen who represent the best of the best coming up for the team.