Share All sharing options for: Thoughts on Linden, Sundin and Unrestricted Free Agency 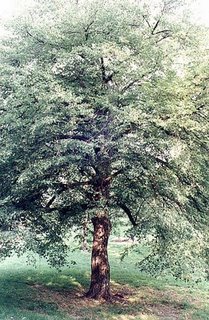 As goofy as this may sound, I purchased a Greenspire Linden tree today and planted it (along with 2 others) in my front yard. Call it a Trevor Linden tribute or whatever (I'll think of it that way), Linden tree is over 7 feet tall and only costed me $75. Apparently the name Linden derives from the Linden tree. Just so you know.
I'll tell you right now, if Mats Sundin signs with the Canadiens, Senators, or Flames I will burn my Mats jersey and post pictures of it. You can hold me to my word on that.
Just so you know the importance of July 1 and the beginning of free agency season, here is what happened 1 year ago on July 1, 2007 (Info copy and pasted from my History of NHL Trades site):

To Edmonton Oilers : Joni Pitkanen, Geoff Sanderson and a 3rd round pick in 2009
To Philadelphia Flyers: Joffrey Lupul and Jason Smith

How was that for a savage first day of free agency? Hopefully tomorrow is the same.