Gambling With Humans, Part I

Share All sharing options for: Gambling With Humans, Part I 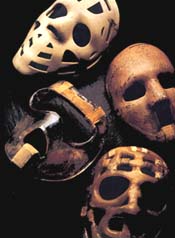 Just in time for the draft world and the hot days of summer, it's Gambling for Humans 2008 style. We ran this last year (several times in fact) when we thought the Canucks were ready to improve on a good season, not tank...but be that as it may, we broke every position down and who was most likely to be joining the club in the free agent madness.

(It was also fun because we had folks googling 'gambling' coming to the site only to be furious that it spoke of HAWK-EY and not how to win at craps. So, to those who come here by mistake...hello, I am sorry and my free gambling tip: keep your money, stand behind your boneheaded friend while he loses his money and you are still getting the free drink service).

We'll start off in net where Vancouver is the strongest yet, once again, is missing half the puzzle. First, for whoever in the right mind wanted Luongo moved, I am glad Gillis smacked the spit out of your mouth because you have shown you shouldn't be giving hockey advice and you're quite possibly leaving severed feet in the Campbell River. A competent back-up is needed, plain and simple. This time last year Sabourin left for Pittsburgh and it's clear that Curtis Sanford - who didn't win a game since December - isn't the solution either. So it would seem, short of making Luongo play 82 games because Vigneault doesn't know any better, the Canucks need someone dependable back there. However, if Sabourin (young and inexperienced) and Sanford (4 seasons, 81 NHL games experience) don't cut it, who will?

Let's take a look at the free agent goalies to be, including their ages and salaries from last year (thanks to sportscity.com):

Hahaha....no
Poor guy's in for a bit of a paycut
The new Kolzig isn't going anywhere

resigned this week with the Thrashers

Clemmensen would theoretically be a no-brainer because of his several tours of duty behind Brodeur. On the higher end a guy like Lalime or Thibault would represent an upgrade over Sanford while bringing in a guy like Ellis, Valiquette or Auld - a rumor from a few weeks ago - would be decent if Luongo gets hurt. Aubin and Dubielewicz would be decent and cheap but doubtful if they could shoulder 30+ games.

Remember Gillis is going the Moneyball route, so if it's numbers he wants, here's what he'll see if he squints at the numbers for Lalime, Thibault, Valiquette and Ellis:

This isn't a truly fair comparison since Ellis played more games then the other three, but if wants youth on the cheap Ellis is the guy. However Ellis is likely due for a big raise so he'll be back looking at Valiquette or Auld if the key is "young and cheap."

Now, if Mike Gillis starts sniffing glue and gets the wild idea about targeting a RFA goalie, his options would look like this:

Toivonen or Leclaire? Howard? Who cares, Gillis isn't doing this.

What Gillis needs is not a cheap guy like Sabourin or an OK back up like Sanford, but someone who could pull this team through any rough patches that would otherwise tire Luongo out. In the anticipation of a what'll be another competitive regular season and the fact this team has some money to spend, they can afford to upgrade this position slightly for at least one key rebuilding year.

Goalies
Will break bank/move contracts for: No one. See redundancy for more detail.
Hold your breath and pray: Lalime or Ellis
Go nuts, but don't expect much: Auld
Plan a project: Valiquette
Look fondly at Manitoba: Schneider
Just get a warm body: Clemmensen, JS Aubin, Dubielewicz and Hellboy because he's a durable demon with the right hand of doom (a song by Nick Cave is loosely associated with Hellboy's hand and we definitely want The Birthday Party and Bad Seeds vibe on our side), ages slower then us mere mortals and, from what I can gather, doesn't like Nazi's but enjoys a good flapjake.