Help Me Help You Help The Vancouver Canucks

Share All sharing options for: Help Me Help You Help The Vancouver Canucks 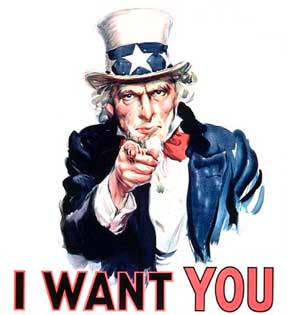 Pardon the interruption brothers and sisters, a second of your time?

I think most bloggers would agree the best part about doing this whole blogging thing is it's not really work, it's something you are passionate about and want a way to voice your opinions. Sometimes those opinions are solid and factual based and other times border on the absurd, but you'd expect nothing less from strolling through here.

That said, I am looking for some help this coming season. The site will go through a redesign and some new things will be tried before the start of 2008-09 but it was clear to me this year my work schedule wasn't allowing me to post as frequently as I should. In truth I can only get to the site in the morning or at night (my company blocks access to such chicanery) and I'd prefer this site stay as lean and mean and flexible to breaking news as possible.

So another set of eyes and ears would be of tremendous help. If you or someone you know is (1) a Vancouver Canucks fan (or at least passionate about hockey); (2) is a good, witty writer; and (3) has the time to help this idiot with the occasional bit of content (game recaps, stat analysis, the always fun drunk blog, broader NHL topics, photoshop trickery or just a good old rant of which there is never any shortage of topics) then I'd love to talk with them. In keeping with the whole "yankee canuck" theme it would be killer if there was another jaded American who had a love for the Canucks or another Canadian team, but not necessary at all; I'd be just as interested in a funny human being with an opinion and a passion for the game.

The goal in the end is no different then its ever been: if it's happening to the Canucks, we'll examine it here (nice at first but more then likely mocking with ensue shortly thereafter). Vancouver has a hell of a summer in front of them and next season's fortunes are anyone's guess so there'll be plenty to address and bitch about with this franchise for the foreseeable future. Rest assured the commentary will only get better by the time you see our #1 center [INSERT NAME HERE] win the opening faceoff, pass to our big free agent winger [INSERT NAME HERE] as they break in on Kiprusoff and open the scoring 10 seconds into the season. Or, conversely, they lose 7-1 just as last season ended.

Meanwhile, it's time to get behind the only Canuck left in the playoffs. For the love of all that's good and pure, let Ruutu get that Cup.

May 22 3:13 ET Update: See? I barely get this notice out and the Canucks spin the crazy wheel again and fire two assistant coaches while giving Vigneault another year. So, we have learned that the "official" reason the season went down in flames last year was not necessarily the coaching, the injuries or zero offensive cohension, but rather a gunshy Dave Nonis and whatever the hell Barry Smith (left over from the Crawford years) and Mike Kelly were assisting Vigneault with. It's a brave new world indeed, just one with the same defensive-minded coach who promises - with a twinkle in his eye - that he can change. Oh, definitely no Naslund now too. Gillis just made his own summer that much harder.

Draw your own conclusions, but I defy you not to curse in the process.