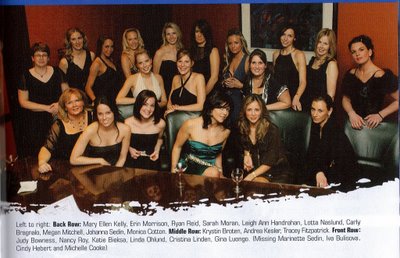 I posted this older pic in response to what the anonymous commentor said in the previous post. Hey buddy, you need to wear thicker glasses! Ha!
I hear that just before the pic was taken, Brendan Morrison's wife lightly brushed against Gina Luongo and Gina rolled over like she had been shot! Oooo. I joke. She got up after 10 minutes of rolling around in 'agony' and was fine.