All hail aquatic flightless birds from the Southern Hemisphere

Share All sharing options for: All hail aquatic flightless birds from the Southern Hemisphere 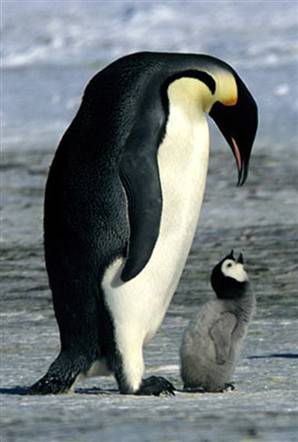 One of the best things about the NHL playoffs is watching things happen in front of your eyes that you didn't expect. Seeing Detroit be as dominant as they have been? Not surprising. Philadelphia offing Montreal and Dallas sending Anaheim home and both make their respective conference finals? Didn't see that coming. But Pittsburgh being ridiculously dominant in their run to being the Eastern conference champs and now four wins away from the Cup? Damn.

How much fun is this team to watch? They have what all fans would want to see on their team: first, all of their recent #1 picks (Whitney, Fleury, Malkin, Crosby and Staal) are all contributing. You may as well lump in #1 picks Armstrong and Esposito still being a factor since they helped net Dupuis and Hossa. That leads me to another point: their trades have paid off. Ray Shero was criticized for giving away so much for Hossa, but until we know where Hossa lands next year you can't fault Shero for the gamble because it paid off (Crosby, Malkin and Hossa lead the team in postseason production; Hossa is having his best post season ever). Other key moves that have paid off include getting bulk in Laraque, leadership in Roberts, an effective pest in Ruutu and a good reclamation project in Sykora. And their goaltending has been simply killer. For a guy who spent a chunk of the season injured, Fleury's now leading the postseason in wins, save % (for all teams who survived the first round), second in GAA and tied for the lead in shutouts with two. And the icing for the fans has to be that their last to first run has been done with Mario at the helm. Not to mention one of the best blogs out there has been there chronicling the run every step of the way. Good stuff.

Talk about everything coming together at once for a team that suffered for years. I can't wait to watch these Pens fight for those final four wins against the Wings or Stars.

And I REALLY hope Mike Gillis has been taking notes...