Moves made by Dave Nonis in his tenure as GM

Share All sharing options for: Moves made by Dave Nonis in his tenure as GM

Nonis was promoted to General Manager and Senior Vice Prez on May 6 2004.
In his tenure, Nonis made the following moves:

- July 2004: signed Jonathan Aitken, Joe DiPenta, Lee Goren, Wade Flaherty, and Jeff Heerema. Besides Goren, none of the above were used in a Canucks lineup.

- October 7, 2005: traded Fedor Fedorov to the Rangers for Jozef Balej and a conditional pick.

- traded Tomas Mojzis and a 3rd round pick in 2006 to the Blues for Eric Weinrich. Ouch. 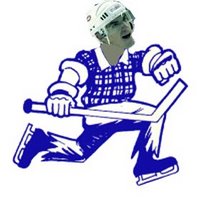 - traded, more like flogged Dan Cloutier to the Kings for a 2nd round pick in 2007 (Taylor Ellington) and a conditional pick in 2009.

- February 26, 2007: traded a conditional pick to Chicago (who picked Akim Aliu) in exchange for Bryan Smolinski.

- August 1, 2007: traded Francois-Pierre Guenette to the Blues for Zach Fitzgerald. 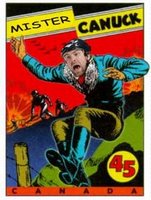 So much talk on Team 1040 today about the Nonis firing. Like I mentioned in the comments section of the last post, 42% fans think the team is going in the right direction by firing Nonis on a Team 1040 poll.
The Aquilini press conference today reeked of bullshit for the most part. He may want a GM that has vision and a "plan", but that is exactly what Nonis had. Of course the pressure is on with Luongo only having 2 years left in his contract, but I'm sure Nonis was about to make huge acquisitions this summer, as he had created enough cap room and had enough prospects in the system to do so. He had also built the team masterfully from the goaltending to the defence.
Remember what Nonis said after the season ended:

"We're going to be a team that actively pursues a number of player all over the lineup. We'll be very active in that area. We have significant amount of cap space."
"I wouldn't have any problem trading even a group of players in order to bring the right players in."

Vigneault merely mentioned at the same press conference that he wasn't sure as to what happened at the end of the year and that it would be looked into. Mum's the word. Nonis was ready to make some moves. And at least he had the balls to say what the hell went wrong and what he was going to do about it. Vigneault merely saved face. Almost like he knew somebody was going down, or that he even knew Nonis was going down. Who knows.
The next GM is walking into a team that is "good to go." Whoever it is, he had better make the right choices.
I just heard an interview with John Ferguson Jr about the possibility of him taking over the helm. OH GOD NO!!!! He said he would entertain talks about it but now isn't the right time.
Brian Burke has been completely ruled out. No shit!
Pat Quinn should not be an option either, as we should all know by now from when he was the Leafs GM, he likes to piss away draft picks.
So the search continues.
Dave Nonis will hold a press conference tomorrow morning at 10:30 AM PST.

I say this with all sincerity: Dave Nonis, you did a fine job here in Vancouver and can leave bragging about the good position you have left this team in. Best of luck in your future plans. You won't be in the sidelines for long.
To all of you who bash the Canucks for playing BORING hockey: Bite me! It was still better than the Crawford years.