Just saw this leaked on TSN. So just who is this guy?

- Born in Sudbury Ontario in 1958.
- Played pro hockey at the NHL level for the Colorado Rockies and Boston Bruins as a left winger from 1978 to 1984. He was chosen 5th overall in the NHL Entry Draft by the Rockies in 1978.
-Is currently a player agent and has represented players since 1991. One of his clients: Markus Naslund. Oh dear god.
-moved to BC to support his daughter's field hockey career. 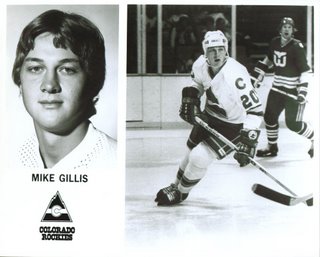 He has also represented former Canucks Pavel Bure and Geff Courtnall in the past.

I'm not so sure yet. Zero GM track record. He had better be fucking smart. I don't want the Canucks to turn into a big joke. It's already enough of a fucking circus around there already.
A press conference will be held tomorrow by Mr. Aquilini to make the announcement. He had no comment today.

CBC's Elliot Friedman blogged about Gillis today, and it is a must-read to gain some perspective on the new GM.

An excerpt: His (Gillis') apparent ascension to the Canuck throne would suggest his move to the West Coast also allowed him to be closer to Francesco Aquilini. It’s clear now that the Canucks owner had him in mind from the moment Dave Nonis was fired. Gillis undoubtedly worked his way close to the person who mattered most. Obviously, it worked. Did he undermine Nonis? That’s probably something the former GM is asking, too.