Get Involved Damn It

Share All sharing options for: Get Involved Damn It 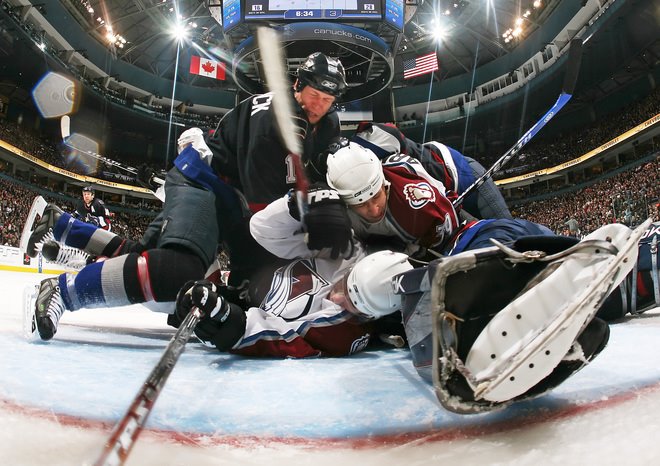 ...so I get back from vacation to see the Canucks drop dead for the final two periods and let the Flames steal a victory from them? A few key thoughts actually:

1. Bieksa? I feel bad you've missed half the season. But don't take it out on the rest of the depleted defense by playing like complete shit.
2. Burrows? My heart bleeds that you're tired, but pushing the net off its moorings in such a blatant way (and the ensuing goal thanks to the penalty) I hope is enough for loosen that ego you've developed in the past few weeks.
3. Naslund? Why can't you play like that every game?
4. Luongo? You played like a maniac and still take blame for the loss? Dude, stop it. Get angry like the rest of us. Call out Nonis. It's the only way he'll learn during the offseason.
5. Bourdon? Who knew not having you in the game was your biggest asset?
6. McIver? Who knew you were secretly being a carwreck so Bourdon could play more?
7. Pyatt? Your fight .1 seconds into the game with Vandermeer? Brilliant. Sadly, we actually need you to score. So knock it off, that's why Cowan is around.
7. Cowan? Ugh, forget it...

So that small cushion Vancouver had in the standings is gone as Nashville is two back, Edmonton is three back and the Canucks are tied with the f'ing Avs. Son of a bitch, look who they play tonight. The NHL schedule makers really are good. Someone give them a cookie.

The Flames, who started last night's game flat partly because they had just played in Colorado the night before, beat Vancouver because they adjusted their play, found their spine and took control of the game (an all-too easy way to beat the Canucks actually). So how about we right the wrongs in the universe, fly into Denver tonight and do the exact same thing to the Avs?

Get involved Vancouver. Pretend like you want the post season, ok? If I have to watch Theodore beat Luongo because the Canucks drop dead in front of their goalie again, I'm lighting something on fire.