Canucks-Stars Preview: Richards not on Richards

Share All sharing options for: Canucks-Stars Preview: Richards not on Richards 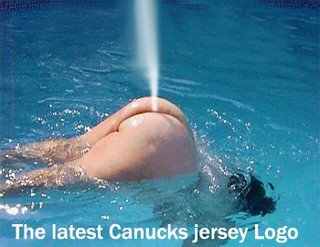 The Canucks continue their not-so successful road trip in Dallas today to play the not-so successful Stars, who have won only 1 game in their last 5.
Brad Richards, who started off in Dallas with a bang when he was traded there at the deadline, has only 1 goal and 2 assists in those 5 games. Leave it to someone to get their game going against Vancouver, right? It seems that way sometimes.
The Canucks are 1-1-1 against Dallas. They lost the last game against the Stars in a shootout on February 5th. How much have times changed? Markus Naslund had both Canucks goals in that game.
Unless Vancouver's top guns get going and start scoring, this team is not going to have consistent success. Kesler and Burrows are not going to score every night. They aren't the guys on the power play, even though I wish they were sometimes.
Hank Sedin had this to say about the twins' slump:

"We’re trying to score, but if anything we’re trying too hard. We’re shooting from all over the place, but we have to get back to our game. When we’re playing well, our game is holding the puck until we make the right play, but it’s tough to be patient when you’re not scoring."

I didn't realize they were shooting from all over the place. I thought they were holding on to the puck and then just getting knocked off it by a defender. The Twins are not clicking right now. Their passes rarely find eachother. And it's hard to watch. Gary Valk sparked a bit of controversy after the loss to Phoenix when he mentioned that the Sedins were 'angry' that Dave Nonis did not acquire more 1st or 2nd line help, because they have been targeted all year. That's a bold statement by Valk, and I don't know how accurate that is. But like I said before, the Sedins are not top liners. They thrive in the shadows. They make a better second line than first. Especially when they are slumping. But these guys are not going to get their 'wish' until the summer. So until then, they had better suck it up and battle through this slump. We are relying on them. The same applies to Naslund and Pyatt.
One thing Valk said that I agree 100% with, is that since the Canucks are not scoring much, then at least their team defence has to be better. The team D has been alright mostly, but when shakey it's costly. I'm not seeing that stingy boring "d" that made this team successful earlier in the year and last year.
Until these problems are rectified, I can't see the Nucks winning. I say Dallas wins 3-1 tonight.
Watch out for Nashville and Phoenix tonight. I see Nashville is beating Detroit right now (11:39 AM) and the Dogs play the Coilers later. This could get interesting....