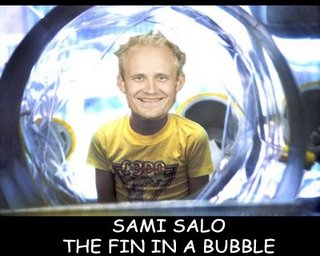 The Canucks cruise into Anaheim tonight to take on a Duck team that is already favored to win the Stanley Cup. Given the Canucks' current 3-game winning streak and their domination of Anaheim this year (3 wins in 3 games and outscoring them 9-3), I'm sure the Canucks don't care if the Ducks are contenders or not.
But this is a different Ducks team than the Quacks we played on December 30th. Scott Niedermayer and Teemu "Buzz Lightyear" Selanne were not playing for Anaheim then. These 2 players sparked the team when they returned and continue to do so. However, the Ducks have lost 3 of their last 4 games, after going 11-1-1 in 13 games. They lost their last game to Phoenix in the shootout.
A motivating factor for the Ducks besides not getting swept by the Canucks this season? If the Ducks win tonight, they will achieve a team record for most consecutive wins at home (8).
The Canucks can put 4 points between themselves and 9th place Phoenix with a win tonight and still have a game in hand over them. A win would also tie them with the Flames for #1 spot in the Northwest. These should be motivating factors for Vancouver, besides the fact that the damned Ducks booted them from the playoffs last year.
Nathan McIver was called up from Manitoba again yesterday. This is because Sami Salo may not play tonight because of back spasms that Glass Man Salo attained when he tripped and fell on his ass last game. I swear, Salo could injure himself getting out of bed in the morning.....Jeeziz.
There is talk that Mattias Ohlund is questionable for tonight with his bone chip issue.
My prediction for tonight? I hope I'm wrong, but I'll say 5-2 Ducks, because the Swedes are not going, and Kesler and Burrows can only do so much. This Duck team is better than us and should find rejuvenation returning to the Pond.
I tell ya, it sure would be a character win by Vancouver if they take this one though....