Pettinger in, Cooke out: A tale of 2 Matts

Share All sharing options for: Pettinger in, Cooke out: A tale of 2 Matts 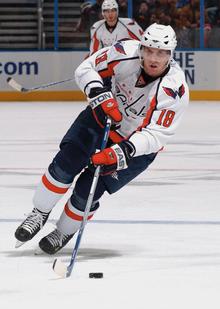 Pettinger has made it very clear in a press conference today that he doesn't bring the same elements to the game that Matt Cooke does. He's less of a pest. His strengths are in his skating and his shooting, plus he can be aggressive.
So Pettinger was Nonis' salvation army choice this year. We knew he wouldn't trade the farm for a big-named guy by the deadline. Pettinger is going to get the chance to excel in Vancouver. If he plays well, he is going to play more.
He is a native of Victoria, BC. I love how Nonis gets these BC guys. Smart move. Apparently Pettinger's wife is ecstatic about coming to Vancouver because she has so many friends there, Matt had explained at the press conference.
Matt Cooke on the other hand, snuck out of GM Place after learning that he had been traded, and avoided the media. Apparently, Cooke and Vigneault did not see eye-to-eye, where Cooke was one of Marc Crawford's favorites. Cooke said to TSN today:

"Definitely there was a big change two years ago."


I always admired Matt Cooke's grit. But the amount he was being paid and the amount of offence he put out didn't jive. I grew so tired of him missing the net and flubbing golden opportunity after golden opportunity.
Let's hope Pettinger is a better finisher. We could use a little more of that further down our depth chart.
Welcome to Vancouver, Matt. And best of luck in Washington, Cooke.

-Pettinger enjoys being involved with community

Now, to those of you who are angry at Nonis for not making a big deal for a legit top 6 forward I say: piss off! The Canucks are rolling right now. They are getting healthier by the minute. With Brendan Morrison returning to the lineup soon, THERE'S your top 6 forward addition.
I like patient GM's. Not overly patient like Washington's George McPhee, who uncharacteristically made a splash today, but guys like Nonis who recognize where the team is headed. the Canucks are going to give it their best shot to win the Cup this year, and the fact that Anaheim is so heavily favored means nothing. Anyone that gets in the top 8 seeds in each conference can go all the way. Don't fear the damned Ducks or the Stars with Brad Richards now on their team.
The big issue with Nonis will come this summer as to whether or not he re-signs Morrison or Naslund. Even if he lets both of them walk (which I think he should), he will be saving just under $10 million in cap space to spend in the free agent market. Maybe THEN we can add a Brad Richards type. Or 2 $4 million players for extra depth.
I think the current team has a special something in the present and future and I applaud Dave Nonis for not tearing it's heart out to get a rental. Same thing applies to Bob Gainey and the Canadiens.