Grades at the halfway mark

Share All sharing options for: Grades at the halfway mark 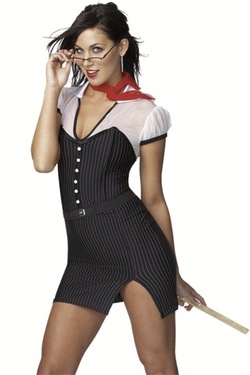 With the season officially half over and with Vancouver staring at what I think would be a franchise first to shutout all three Tri-State area teams (if I'm wrong, please let me know), it's time to hand out some grades:

Mike Brown - B-. He's like Rick Rypien without the black cloud. Brown's 51 PIMs is good enough for third on the team and to be tied for sixth in the league in fighting majors. At 6' 0" he's far from huge but, without Rypien or Cowan around, he's the go-to guy for enforcement (see the last game's picture gallery for some nice shots)

Alexandre Burrows - B. Bouncing between second, third and fourth lines, Burrows has quietly put together a decent season so far. His 12 points actually matches his career high from two seasons ago. It'd be nice to see a bit more consistency from game to game, but that could be said about the majority of the team not named Luongo so we'll let that slide for now.

Matt Cooke - B-. The good is the Cooker is back to his reckless self, starting the season off by knocking out cold Daymond Langkow, Petteri Nummelin and James Wisniewski. The bad is that he's only got six goals and 10 points which really doesn't help those whole "we have no second line" or "we have no secondary scoring" complaints we hear so much about.

Jeff Cowan - D. Good lord buddy, last year's goalfest and ensuing GM Place strip shows seem so long ago. Beset by multiple injuries this season - most recent of which being a separated shoulder - the Braberian has only suited up for 16 games and has a single point.

Brad Isbister - D. So let's see, the big free agent signing from the summer has watched 11 games from the press box, skated mostly on the third and fourth lines and has a killer two goals and seven total points for his agent to leverage when contract time rolls around. For him to have a pray to make a dent on this team, Isbister will need to learn to use his size and positioning (like Pyatt last year) or he better get used to watching like the rest of us.
(note: I changed the grade from an F after a reader over here brought up that was a bit harsh)

Jason Jaffray - B. Called up less then a month ago, Jaffray scored a goal in his first game and has been one of the two kids on the team that has helped offset injuries to Morrison & Cowan as well as energize the veterans on offense. His four points in 11 games isn't mind boggling but the former Moose star (81 points last year) is showing he can contribute and remain at the NHL level.

Ryan Kesler - A-. I doubted him, but Kesler has shown that Nonis was right in retaining him after the Philadelphia RFA offer. He's four points shy of cracking his best point production total from a few seasons ago, has already tied his career best in points and have (at least Vancouver papers) dropping "Selke" around his name. Whether it's Jagr or Getzlaf, Kesler has become Mr. Shutdown and nothing's to suggest he won't keep it up until and through the playoffs.

Trevor Linden - C+. Poor Trevor started the season in the pressbox, once again creating furor from fans who wanted Viggy's heat on a spit, but as classy as he is, he took it in stride and is beginning to get more playing time. His numbers, not surprisingly, are pretty bad (3G, 3A, 6P) which is what earns him the grade, but look for Trev to give it his all as the playoff push gets underway.

Brendan Morrison - B-. Bmo started the season decent enough in October, but his production trickled off as his wrist injury woes mounted. Honestly Morrison should get a C or C+ like Linden but the fact he kept trying to play up until 12/12/07 when his ironman streak of 542 games finally snapped earns him some props. He's on schedule, hopefully, to be back in time for the end of the season or the beginning of the playoffs.

Markus Naslund - B+. Naslund, like Morrison, started the season off strong and kept that level going when Vigneault decided to saddle him up with the Sedins on the first line. He's on pace for 68 points which would be better then last year but still a far cry from his heyday. The captain has embraced more the more defensive-styled plays we saw in last year's playoffs.

Taylor Pyatt - B-. Myspace isn't the third Sedin this year, but has gelled with some guys on the second and third lines, has improved defensively just a bit and is one of the better players at driving to the net and getting rebounds. He's on pace to break his season point record of 37 from last year and he's tied for second on the team in PP goals. If he can develop over this season and next into more of a Holstrom-type player, he'll be invaluable.

Mason Raymond - B+. The kid's alright. The training camp manchild, who went back to Manitoba in October, has played 20 NHL games and has nine points thus far (3G, 6A, 9P). He's not catching Patrick Kane anytime soon, but the speedy rookie has earned every second of icetime and is a bright spot for a team with a mostly deplorable draft history and assessment of talent.

Byron Ritchie - C. I'll have to admit that I forget about this fourth liner a lot of the time. His TOI/G is 12:13 which ranks near the very bottom for non-injured wingers on the team so I can't be blamed. He's got six points in 40 games which puts him just shy of his personal best of 14 last season in Calgary. He does, however, seem to play with a good deal of grit and you can never have too many of those types of players.

Daniel Sedin - A. The team's go-to guy (assuming that is we're not talking about shootouts), Daniel is second on the team in points with 39 but leads in power play points with 18 and game winning goals with 5. On that note, he's on pace to break his goal record from last year but not his overall point totals. Permit me to state the obvious, but Daniel is absolutely vital to a team that can barely score, as is...

Henrik Sedin - A. Pinky to Daniel's Brain (or vice versa), Henrik is leading the team in points and is far and away the team leader in assists with 34 (he's on pace to just miss or perhaps tie his franchise record of assists from last year). Along with his brother, they are the team's only constant offensive threat and continue to cause complete havoc for divisional opponents like Edmonton, Calgary and Minnesota. That alone gets them A's for life.

Kevin Bieksa - N/A. Last year's rockstar has come down with a bad, bad case of the Sami Salo's this year. He struggled early on with just four points in 12 games before he suffered a deep laceration on his right leg that has sidelined him since early November. Tough to grade a guy who's barely been seen on the ice.

Alexander Edler - A-. Bieksa's loss has become Edler's huge gain. 9 points in 34 games, Edler leads the team with a +17 and has shown he's the next best thing on the blueline, moving past Bourdon and eclipsing Miller and Krajicek in TOI/G. If nothing else, he's given Vigneault a headache when Bieksa gets healthy and he's given Nonis extra ammo come the trade deadline.

Lukas Krajicek - B-. Krajicek is on pace to crack his career totals in goals, assists and points but the numbers aren't staggering (14 is the career high). Krajicek rounds out the defensive six with Miller so that allows some additional offensive flexibility for the young Czech who many people forget is still growing in just his third full NHL season.

Aaron Miller - C. Father Time has been decent after a horrendous start, but still tends to make some poor decisions in his own end. Coupling his age and the fact he sure isn't helping on the scoreboard, it wouldn't be shocking to see him take a seat once and awhile when Bieksa returns.

Willie Mitchell - B+. Willie had a slow start in October, but hell so did everyone else. The team's best shutdown defenseman, he's gotten better over the past few months and is consistently out there - with his mad, mad stick - against the opposition's best players and when the team is short handed. Can't ask for much more.

Mattias Ohlund - B. Ohlund's having an off season offensively (6G, 7A), was hated and suspended for knocking the kneecap off of Mikko Koivu in November and has missed the past few games with concussion-like symptons. When he's on his game he's probably the best blueliner on the team so he just needs to get healthy and have a better second half of the season.

Sami Salo - C-. It's not lost on some of us that Sami has, well, sucked this year. Beset with injuries (no no seriously!), Salo has a paltry three points and is just starting to shake the rust off his poor start. The team needs Salo's bombs from the blueline back badly.

Mike Weaver - D. Ugh, what do you expect from a guy who spent his entire career with the Kings and Thrashers? The dude has zero points in over 20 games. I suppose Nonis could have done worse in picking up a spare D man, but just keep him away from Bieksa at all times least he try and chuck a banana peel in front of him.

Roberto Luongo - A+. You can't give God anything less then an A+. Oh yeah, he has some pretty numbers too: tied for fourth in wins (19), tied for second in shutouts (6) and third in save percentage (.930%). He's on the top of his game again and (sadly) is in the same position last year where the team in front of him will often lie down and die leaving him to do everything except split the atom to win the game. As Luongo goes, so does the team.

Curtis Sanford - B. He's seeing more rubber then Sabourin did last year and, at 4-2-1 and .907%, the team could have done far worse at back-up. He played decently when Lui went down with sore ribs for a spell in December and gives the team a good shot at winning if Lui gets injured again or has some freskish bathroom issues.