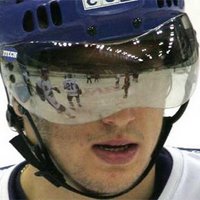 Washington will pay Alex the Great $9 million per year for the first 6 years and $10 million per season for the remaining 7 years. This is the biggest contract in NHL history. Worth it? Hell yeah! Down the road, this could actually be a bargain.
Caps GM George McPhee has finally gotten over his Jagr Syndrome and doled out serious cash on a franchise player. It was being reported recently that Ovechkin was turning down $7.5 million per season and that there could be movement. But toss that kind of talk in the trash can.
Now McPhee has some serious dilemnas. The biggest issue is that Olaf Kolzig's contract expires this summer and he is worth a few pennies. McPhee will also have to somehow surround Ovechkin with some decent talent. Someone who's last name is NOT Nylander for starters.