We’re like socks. You can put us through a rough wash once, but you’ll never use us again.

Share All sharing options for: We’re like socks. You can put us through a rough wash once, but you’ll never use us again. 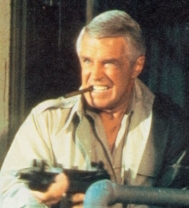 ...it's been some time since I whipped out a good A-Team reference.

Anyway, it's about that time for this blogger took a few days of rest and relaxation which means, naturally, I am heading west to the land of mulleted NHL free agents to ride a plank of plastic down a mountain at unsafe speeds and then, if I succeed, to repeat until the mountain closes. Oh yes.

In the meanwhile the Canucks will be fighting the rest of the California coast line before returning north to battle the Oil. You're all smart; you know what blogs you need to read for the rest of the week to see how much our precious Canucks are, well, hated. Hate is really love without a true purpose (I think that's a Winger song).

Vancouver still has a slim one point lead on the Wild and two on the Avs, so the bottleneck at the top of the Northwest is pretty much what we came to expect, especially at the end of last year. It makes these early winter games more fun because you know (well, the Avs and Flames sure do) how much some extra points know will carry a squad when March rolls around.

A quick update - Just saw that they recalled Mason Raymond, Drew MacIntyre and Jason Jaffray. The Moose are invading the NHL, someone call Matlock. Sounds more and more like Luongo's ribs are worse off then hoped and Morrison's record is about to come to a close.

Oh well, here's hoping the rest of the week features a healthy Lui (somewhere), an unhealthy Roenick, a sloppy Roloson...and a partridge in some sort of tree. Rock on.