Share All sharing options for: Recchi placed on re-entry waivers / Atlanta signs him 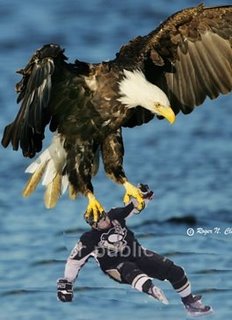 So this was something I wasn't aware of. If Recchi is picked up by a team now, they will only have to pay half of his salary. This is probably why Recchi was placed on re-entry waivers. So other teams could get him at a bargain. No doubt, teams have been inquiring about Recchi since he cleared waivers this week and that is why the Kamloops native is being called back up.
Now the waiver priority rule applies. As the current standings are, the worst team gets the first priority to sign him.
That would put Washington in the driver's seat. If Caps management had any brains, they would take him. Washington needs something more, especially a veteran. But don't count on GM George to sign Recchi.
There are rumors that Phoenix, San Jose and Carolina are interested in his services. Like Spector says: expect Recchi to have a new home by noon eastern tomorrow.
And that...is a good thing.

**Way to go, Don Waddell. The Thrashers have signed Recchi. Wise move. As for the 10 teams that declined: you're stupid.

Image is from the Pensblog. Nice one!