In Sanford and MacIntyre we trust

Share All sharing options for: In Sanford and MacIntyre we trust 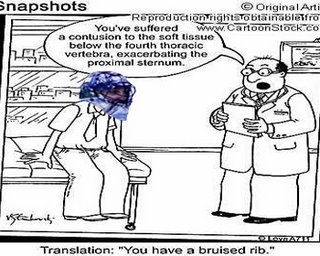 The Canucks have called up goalie Drew MacIntyre from the Manitoba Moose today. It appears that Luongod is mortal after all, suffering from bruised ribs. Well at least that is not a long-term injury, and we know that Sanford is a reliable backup. It's the team in front of him that is questionable.
Perhaps that is why the Canucks also called up Mason Raymond and Jason Jaffray as well. We could see some lineup changes. Is someone else injured? Morrison? Someone getting the hook? Linden and Brown?
The 3 callups are doing a fantastic job for the Moose this season.

-Jason Jaffray is continuing his AHL scoring prowess with 10 goals and 21 points in 19 games.