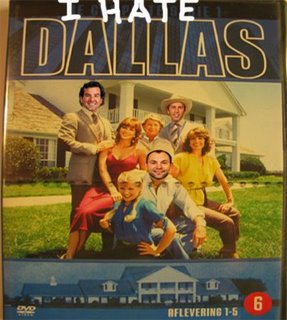 Look at tonight's game as a revenge match....for Dallas. The Canucks edged the stinky Stars in 7 games in last year's playoffs and this is the first time they've seen eachother since. You know that Dallas is coming into Vancouver on a mission to make the Nucks pay for it.
Meanwhile, the Canucks came home after a crazy road trip and made Brodeur and company look foolish on Tuesday night.
It's going to be close, as the series was.

It is being reported that Brad Isbister is skating with the Canucks but is not ready to play yet.
The Stars are without Philip Boucher and Jere Lehtinen, both out with long term injuries.

Red hot for the Stars:
-Mike the Weasel Ribeiro is leading Dallas in scoring with 16 goals and 33 points in 31 games.
-Brendan Morrow has 12 goals and 32 points in 34 games.

As for the Sedins, Alain Vigneault had this to say about their recent struggles:

"I think they’ve got a little bit away from what was making them successful, they’re over-cycling and over-thinking and not shooting enough. If they can get back to that they’ll be fine."

The Stars roll into Van having won 4 of their last 5, including 4 in a row. Marty Turco was in goal for all of those 4 wins. His record can be seen here. He's heating up no doubt.

The Canucks surprised the hell out of us by killing the Devils, after a mediocre road trip.

I think Dallas gets their revenge tonight, winning 3-1 (empty net goal included). They are rolling right now and should be motivated to make us pay for sending them home early last spring.

PS: Is GM Place really as quiet as it comes across on TV? It sounds like a damned graveyard on TV. Where's the fricking noise?