Just a quick clarification; if you casually wander into Yahoo! and see the following, you are hereby obliged to NOT TRUST A DAMN WORD: 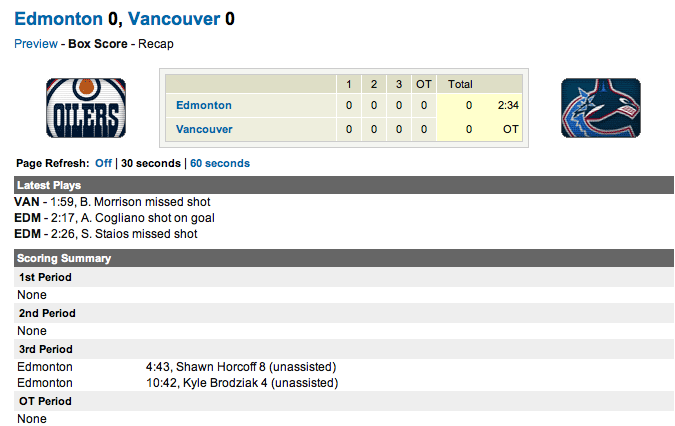 You go Horcoff and Brodziak (?)!

What really happened was:

Postgame
Garon had a hell of game and Luongo did his best as well. Credit Garon and a Oiler crew who doesn't give a crap that they're last in the NW. In fact, not a bad game at all between the worst teams in the division (oy). The tie still gives the Canucks a point to pull them into third in the division, tied with Calgary while Edmonton sits a point behind both teams now.

Lesson learned? Well, two really...The Canucks still need to learn to score whenever possible (though sometimes a goalie just has your number) and, more importantly, Yahoo! is weak.