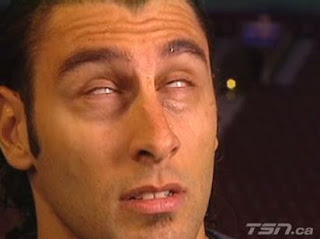 What a hilarious clip. Known as a mystery man by his teammates, Luongo confides in James Duthie. Check it out here.


It was an absolute treat to see (one of my heroes) Borje Salming on Off The Record last night. Even Rick Vaive for that matter. But I can't say I like that arrogant little puke Adam Bennett though.
The topics covered were intriguing. I found it interesting that Salming thinks that 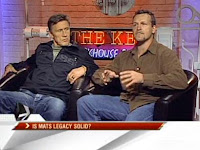 Niklas Lidstrom is not only the best Swedish player in the NHL today, but the best European. Not sure I agree there.
He also said that Mats Sundin has nothing left to prove at the NHL level. That was met with backlash by the panel and myself included. Sundin needs to lead the Leafs to Glory, regardless of the team he is surrounded by. That is no excuse. The Leafs have had some good teams during Sundin's tenure in Toronto.
Anyway, a great show. Check it out here.