Share All sharing options for: Scott Burnside can’t get anything right. Again. 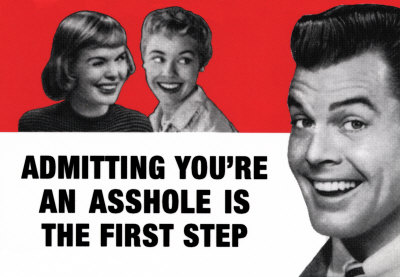 I'm not sure why I bother to read ESPN hockey commentary other then to make myself laugh. Every time I come across a Scott Burnside article I have to slowly steel myself in preparation for what very well could be a truly awful reading experience. Sometimes he's fine, but at other times I wonder if he's familiar with the concept of research before he tomes a truly rotten shitbag of an article.

Keep in mind Scott the wizard has never really treated the Nonis experiment very well. Dating back to last year. Twice in fact. So when he calls them "plucky", a team with a "pop gun offense" and admits his wide-eyed disbelief that he was WRONG last year that they made the playoffs last year...all of this is far from surprising. Yet somehow, Burnside managed to show us all this year he can't even master the art of googling for research (much less reading his own web site to keep abreast of NHL news, though I can hardly fault him for that since few do).

For the sake of history, I'm using screenshots since I assume the ESPN editor monkeys will go back and change some of this. So join me, if you will, for a quick lesson in editorial guidelines.

Lesson #1: Do basic fact checking so people don't think you're a fucking moron.

Correction - Yes they did. His name was Taylor Pyatt who had a career year playing along the Sedins. 23 goals in fact which is sort of kinda of one stat indicative of Nonis trying to replace Carter's production no? Hell, don't listen to me...because on the SAME PAGE you have this reference to Pyatt:

Lesson #2: Remember that fact checking thing from Lesson #1? Stick to it.

You can fault the Vancouver offense all night long and most fans would be agreeing with you. But you have to pay a little bit of attention to their defensive core since it's pretty stacked. I'm sure even Scott could do that right? Right?

Correction: Well, let's start with the fact Aaron Miller, one of the three pick ups that Nonis invested in this summer, is missing. Sorry Aaron, Scott doesn't think you warrant attention. But yet somehow Brent Sopel does? Sopel hasn't been "on" the team since the playoffs. Nonis basically admitted he wasn't coming back in June. Miller was brought in, in part, to help replace him. And that was WAY back in...July. He correctly references Salo's injury, but somehow misses Miller's addition and Sopel's subtraction?

Fuck it, why let the facts get in the way? Just round out the Canuck top four with the Wiggles and go on your way.

OK, having managed to score poorly on both the offensive and defensive descriptions of the team, how does Burnside do with the goalies? It's hard to mess up Luongo right? It sure is, so Scott the wizard decided to narrow his editorial crosshairs on the pressure of Luongo's backup:

One other minor point? Schneider is the best prospect the team has, with more awards and accolades to his collegiate record then I can even type here. Even if he was the backup, surely some back-story as to why he's the backstop right out of college and not someone with NHL experience may have been relevant.

Lesson #4: If you keep fucking up Lesson #1, you have shown yourself to be a hack.

Last, but not least, we arrive at the wizard's take on Vancouver's coaching. Please, take a gander:

Correction: All seems well and good; the "NJ Devils of the West"? Wow, editorial gold. I read this passage as saying Vigneault has to basically split the atom and milk the absolute best out of his (crappy) players if, according to the wizard, they are to even make the playoffs. Sure, seems like a fair assessment, so wouldn't it be of particular relevance to mention that the very same coach who has to walk on water is the current Jack Adams winner?

Sure, I'm biased but if I was reading about any other team's coach who has to "replicate that commitment and make it part of their hockey DNA" and the same guy just so happened to be, theoretically, the best coach of the previous season, then I don't know, that seems like a fairly relevant point. Then again, perhaps that underscores the theme here: Burnside has no point. Or perhaps he shies away from mentioning awards because he sure as shit isn't getting a Pulitzer with this caliber of work. Maybe an ESPY though, so dream the impossible dream wizard.

Oh, wondering where the wizard picks the Canucks to end up this year? 4th in the NW, 7th in the division. Tell you what: if the Canucks finish 7th or worse this year, I'm buying Burnside some FTD flowers (you strike me as a lillies man) with a big "I'm sorry" note on it. Swear to christ I will.

When they don't though, could you do me a favor? Take a fucking writing course.