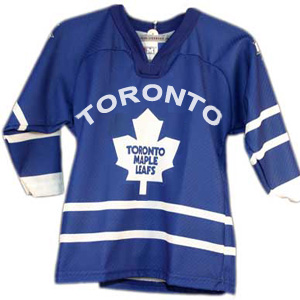 After seeing the Canucks unveil their jerseys this week, Leafs brass is deciding to emmulate the Canucks' fashion sense and put a big TORONTO over top of the logo. Authorities at the ACC mentioned that they didn't appreciate Vancouver calling itself the most beautiful city in Canada and the Canucks being called "Canada's team" and wanted to counteract.
There are also whispers that the Leafs are jealous of the Canucks' success last season and wanted to do anything to inspire their players to make the playoffs this season.