I seen this tagging game going on around the blogworld about people listing their 5 favorite all time songs. Alanah changed the config and listed her 5 worst. I have not been tagged yet but will list mine anyways. Here they are, with their YouTube links. 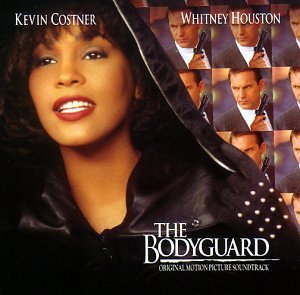 1. Whitney Houston- I Will Always Love You. The Bodyguard wasn't the worst movie in the world, and it wasn't the best either. But Houston's title track was overplayed everywhere to the point of me nearly putting a double barrelled shotgun to my head and ending the misery. Hey, she had a great voice, but anytime it takes 30 seconds to sing one word in over dramatic fashion, I'm tuning out. Thank you Bobby Brown for introducing her to crack and ridding us of her annoying music.

2. Billy Ray Cyrus- Achy Breaky Heart- Hey, the mullet put all of ours to shame, but if this pretty boy, prima donna wanted an achy breaky heart I'd put a bullet through it to put him, and all of us out of his misery. Being from a small town, once again, this song was overplayed to death and the locals loved it.

3. Bratney Spears: I'm Not a Girl, Not Yet a Woman- It's not the song as much as it is the 'singer'. Spears should have stayed a girl because as soon as he became a woman, she kissed Madonna, married an asshat, popped out offspring (a shame), shaved her head, and oh yeah, forgot to hide the fact she was wearing panties when getting out of a limo. I'm tired of any Bratney headlines. This washup doesn't need anymore attention.

4. Meatloaf: I Would Do Anything For Love- Never was a Meatloaf fan. "Paradise By the Dashboard Light" was a decent tune until Meatloaf got theatrical late in the song and started the trade off vocals with the female backup singer, dragging the tune out too long. This song is guilty of the same sin. It's cheesy, and it's too damned long.
I never listened to the words too closely, but what was the thing that this ogre-looking bugger wouldn't do for love?

5. Blue October: Hate Me- Ah, a newer tune that cracked my top 5. Do I really care what problems this idiot has. Lyrically this song is fucked up. If this dude is this messed up maybe he should eat 100 sleeping pills and never wake up. It would do himself and us a favor. It's never cool when a band that is supposed to be badass sells out like this and puts out a radio hit. It's transparent and bogus and unauthentic.

1. New Kids on the Block: The Right Stuff- Ah, you have GOT TO watch the vid for this one. Classic cheese and filth. My sister had these guys and Kirk Cameron all over her bedroom wall. I had to listen to this tune because of her for much too long because she played it so loud.
You can tack on "Please Don't Go Girl" on this list as well. Gad, just ass terrible.

2. Paula Abdul: Rush Rush- One of the songs that ended Abdul's singing career. Hey, I had a pic of Abdul on my school locker door because she was good on her first album "Forever Your Girl."
But after that, she took a nose dive.

Now you can mock my faves, because they are all over the place. Gad, this is tough to do... 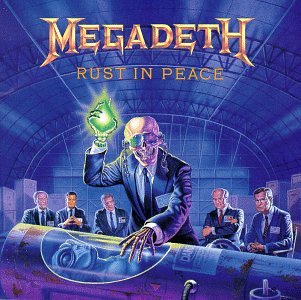 1. Megadeth: Holy Wars-You may not like thrash metal but I do. This tune is the best I have ever heard pound-for-pound. It's a fierce musical masterpiece. It really showcases Megadeth's technical wizardry. I can't play the solos on this song yet, but it took me quite a while to learn the riffs on guitar.

2. Radiohead: Paranoid Android-A schizophrenic masterpiece. I never tire of this tune, or any of my Top 5 for that matter.

3. Paganini: Caprice #6- Yes I like classical music, and Paganini was nothing short of genius especially with his 24 caprices. Most people prefer Caprices 5 and 24, but #6...the way the trilling goes along with the melody sends chills up my spine every time I hear it.

4. Beastie Boys: So Whatcha Want- To follow a classical genius with 3 goofy white rappers seems odd, but this song gets me going every time. The Beasties are still one of my faves and this is my fave Beastie tune.

5. Led Zeppelin: Since I've Been Loving You- A timeless ballad that grows with intensity as the song progresses. Page's solos are completely emotion-filled, and that is especially evident on this tune.

1. Duran Duran: Wild Boys. Hey these guys weren't just a pretty-boy band. They laid out some great tunes and were lyrically brilliant.

2. Vivaldi: The Four Seasons "Summer" Parts 2 and 3- Part 2 is so melodramatic with hints of something fierce on its way. That something fierce is Part 3 that tears along at a rapid pace. Love it. It reminds me of where thrash metal and ripping guitar solos came from.

3. Michael Jackson: Beat it- A great tune that has more sentimental value than anything else. I grew up in a religious home and no rock music was allowed in the house. My neighbors had the Thriller album on LP, and I'd listen to Beat It over and over again on a plastic Fisher Price record player. It was more for the guitar solo in the song, played by Eddie Van Halen. It started my dream to one day play guitar. I was only 9 or 10 years old at the time.

Who to tag: PB at One Fan's Perspective and Jibblescribbits.