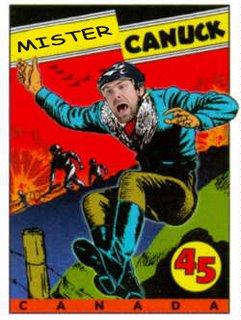 The Canucks have signed the wiley iconic leader to a 1 year deal today. Linden will make the base salary $600,000 plus $350,000 in bonuses for games played.

''For the last week or so, I was, for the lack of a better word, getting a little cranky," he laughed. ''Just with the uncertainty, now it focuses in for me..it just puts some closure to it.''

Linden's leadership is valued off the ice, but he stresses that it's more than that.

"I did not want to come back and not have the full support of everyone involved," he said. "This has to be a situation where I'm here on performance."

Expect more gutsy performances from Trevor this season. He'll play like it's his last. Pray that this is the year that the Canucks take home Lord Stanley with Linden going out on a chariot. Wouldn't that be sweet?
Nonis couldn't stop singing Linden's praises today:

''There's no better person that I know of to learn from than him,'' said Nonis. ''But if it was just the locker room I would make him a coach. But he has to be able to play.
Long after he retires we're going to be talking about Trevor and what he brings to this city," Nonis added. "But from a hockey perspective I'm always going to have to sign players that will help us on the ice."

Alright....now how about getting a top 2 center?