It now appears that it is up to Dave Nonis as to whether or not Trevor Linden will play for the Canucks this season. From Sportsnet:

Canucks head coach Alain Vigneault told CanWest News Service yesterday that a meeting with Linden earlier this week "went really, really well" and indicated that it is now up to general manager Dave Nonis to make the final decision and get Linden's signature on a contract.
The Tuesday-evening meeting between Vigneault and Linden was considered the biggest hurdle facing the 37-year-old winger's return for a 19th NHL campaign, with speculation the coach and player might not see eye-to-eye on a role for the coming season.

The Crazy kids at the Canucks board continue to try find leaked versions of the new Canucks jersey and/or logo. Here is the latest color concept of the logo: 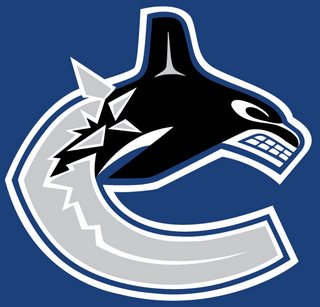