The shimmy on John Paddock

Share All sharing options for: The shimmy on John Paddock 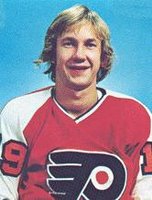 John Paddock is the new coach of the Ottawa Senators. Here is a look at his pro history as coach and player.
-born in Brandon Manitoba, June 9, 1954
-was drafted by the Washington Capitals, 37th overall in the NHL Entry Draft.
-also drafted into the WHA, 57th overall by the Minnesota Fighting Saints.
-played in only 87 career NHL games with the Capitals, Nordiques and Flyers as a forward, scoring 8 goals and 14 assists.
-In 1984, he retired from playing at 30-years old. He was playing with the Maine Mariners at the time in the AHL.
-actually, half-way through that season he became the head coach of the Mariners.
-spent 7 years coaching in the AHL with the Mariners, Hershey Bears, and Binghamton Rangers, making the AHL playoffs 5 of those 7 years and winning one championship with Hershey.
-he then became the head coach of the Winnipeg Jets in 1991. His success there was limited, as the Jets made the playoffs twice, losing in Round 1 both times, and missed the playoffs entirely under Paddock's leadership. He was let go in 1994.
-after a 4 year absence from coaching, Paddock returned the AHL to coach the Hartford Wolfpack for 3 years (and a Championship), and then the Binghamton Senators from 2002-2005.
-he was promoted to assistant coach of the Ottawa Senators last season.

Fun Fact:
In the 1980 Stanley Cup final, Paddock scored the tying goal in the sixth game to force overtime, however Bob Nystrom scored at 7:11 of overtime to earn the New York Islanders the NHL championship. (Thank-you Halifax News)


"John is known and respected by our players and that was a big reason in his being named head coach," Bryan Murray said today. "I never considered John as an assistant coach. I considered him a partner."

"This is an extremely exciting day to have an opportunity to coach a team I've been associated with for five years," Paddock said.

A couple of days ago, Murray said this about Paddock: "I have spent some time with John and he has been into the office the last few days to talk about free agents and depth players," Murray said. "He has been part of that process, as well."

So Murray and Paddy are close. This shouldn't be too much of a transition for the Sens players, as some of them played under him in the AHL and had success, and they all have worked under him as an assistant coach.