RELEASE DATE OF THE NEW CANUCKS JERSEY CAN BE FOUND HERE

The Vancouver media is saying that we won't have to wait until training camp to see the new jerseys. Apparently, they may be revealed on August 1.

To quote a sporting goods store owner through the Vancouver Sun:

"Right now we're ordering next year's inventory blindly," says the owner of a sporting goods outlet in North Vancouver. "All we've been told is that the colours of the uniforms will be blue, green and white, but we don't know what the crest is going to look like. The current killer whale [or orca] jersey, as we understand it, will be kept in reserve and occasionally be used as a 'classic' uniform."


In the meantime, here are a couple of concept jerseys made by a couple fans at Canucks.com. They claim that these images are close to accurate, but we shall see.

The new jersey still has not been released to the public yet. The second it does, I will post it. I guess for now all we can do is wait and speculate. I know...that does suck. 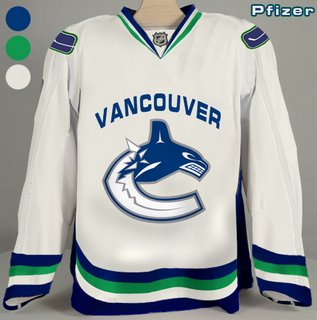 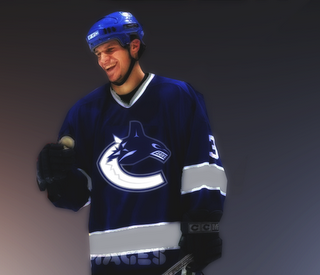