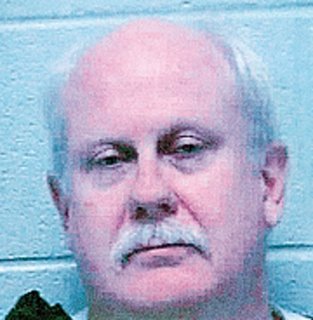 From the Chicago Tribune:

The personal doctor of Chris Benoit was charged Monday with improperly dispensing painkillers and other drugs to patients other than the pro wrestler.
The seven-count indictment said Dr. Phil Astin dispensed drugs including Percocet, Xanax, Lorcet and Vicoprofen between April 2004 and September 2005.

There is an on-going probe into whether or not the evil Dr. Phil improperly prescribed testosterone and other drugs to Chris Benoit prior to when the wrestler killed his wife, son, and then himself.
This development can only reveal a possibility. We may not know any answers to WHY Benoit did this for months yet.
Maybe Benoit was just crazy. Can't that be a possibilty? Regardless of what drugs he was taking and what other people thought of him. Maybe he was just crazy to begin with. At some point, that could be the bottom line. Then Dr. Phil may have only fueled a fire that was already burning.

Benoit's family had food poisoning days prior to the killings.

WWE released timeline to the incident. 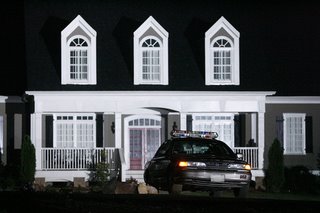 On Saturday, Benoit called a co-worker to say he had missed a flight and would be late for a wrestling event in Texas, WWE said in a timeline posted Tuesday on its Web site. The co-worker said Benoit sounded tired and groggy and said "I love you," which the co-worker found "out of context," WWE said.

When a co-worker who usually travels with Benoit called him later from the Houston airport, Benoit told the co-worker his wife, Nancy, was throwing up blood and that his son, Daniel, also was throwing up. Benoit said he thought it was food poisoning, according to WWE.