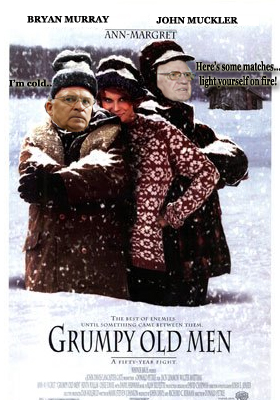 It is finished. From TSN:

I don't know where the differences in direction or opinion were in Ottawa with Muckler. I've heard it was over the Hasek saga, or perhaps it was the inability to land Gary Roberts. Maybe it's Muckler's age, even though he said he was having 'a great time'. Who knows at this time.
But I can say, from an outsider's point of view, is that this reeks. There had better be a good excuse for this change. It just boggles my brain that a GM gets turfed only weeks after his team that he assembled made it to the Cup Finals. Ah, but this happens over and over again to teams that lose in the Finals. It seems that management needs to change their team in order to get over the hump of losing in the final round. Then you know what happens? The team doesn't get back there again.
I don't think Ottawa really needs a massive change. But already big changes are happening.
There must be some form of excuse.

TSN video footage of the announcement.