These images are of Moricetown Canyon, a tourist trap, about 30 minutes north of Smithers, where the Bulkley River squeezes through a narrow canyon. The top image is of the river at it's lowest, which is usually in the late summer. The lower pic was taken (the same spot) very recently.

Unfortunately, the area we were sandbagging recently is becoming flooded regardless, as the river overflowed it's banks downstream of the dike and is working it's way back. The evacuations are well under way.
But like I said before, it's the other towns that have mass populations living on river flood plains that are the real concern. Terrace BC has declared a state of emergency I hear.
The Bulkley River heads NW to Terrace.
The Fraser River (Prince George) heads south, where the problems will increasingly arise as this mass of water makes its way down to southwestern BC.
Thanks to Beaner for the images. 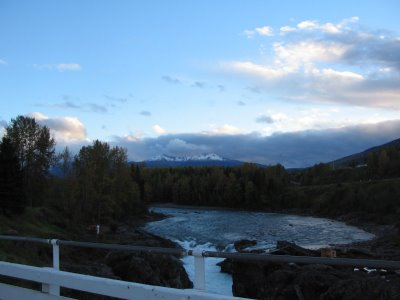 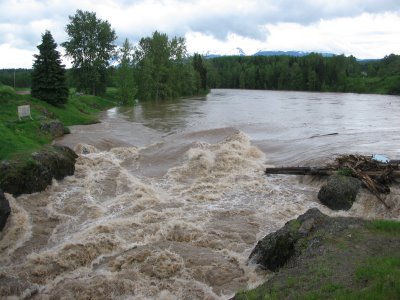 When I say that other areas have it worse than we do, here are a couple of pictures of the Skeena River flooding in Terrace and as well the highway to Prince Rupert being overcome by H2O. 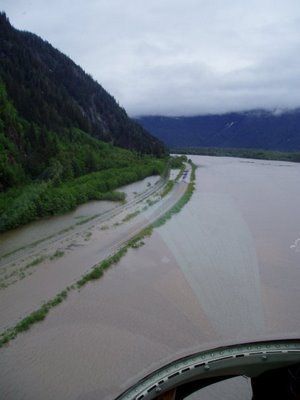 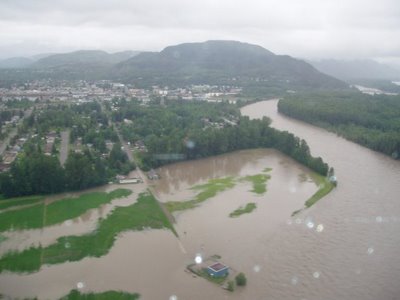