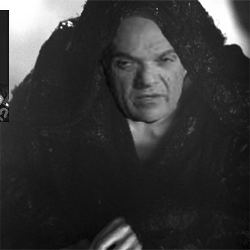 I guess we shouldn't be overly suprised that Lou fired Claude Julien yesterday. He is an aggressive individual. On March 23, 2000, Lou fired coach Robbie Ftorek with only 8 games left in the season and replaced him with Larry Robinson. The Devils went on to win the Cup.
The situation this time is a bit different. In 2000, the Devils were in a 5-10-2 slump. At this point, the Devils are not in the same predicament. However, they have only won 5 of their last 10 games, and 11 of their last 20. That will not be good enough for Lou.

"I don't think we're at a point of being ready both mentally and [physically] to play the way that is necessary going into the playoffs," Lamoriello said outside an empty Devils locker room at the Continental Airlines Arena. "I am not saying that is going to change. But I think there has to be better focus going forward."

Consider the message sent. Apparently the players were stunned and silent after the news was broken to them.
You have to think that Lou is also concerned over the Devils potentially losing their grip on top spot in the Atlantic. The Penguins are the better team in their last 10 games, going 7-2-1, and are only 1 point behind.
I think the Devils are going to respond immediately, and probably become a force in the playoffs.
That would make Lou Lamoriello an Evil Sith Lord Genius, wouldn't it?