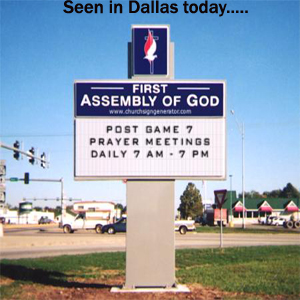 From the Star Telegram:

Each of the Stars' players skating slowly over to Turco as he stood dejectedly in front of the net when it was over. Affectionately, virtually every one of his teammates reached out, put a gloved hand on his helmet, and touched their forehead to his, standing like that for several seconds.

As if that wasn't already enough to put a lump in the throat, several of the Canucks embraced Turco as the two teams met in that most sportsmanlike of hockey traditions, the post-series handshake line.

Finally, there was only Turco and his Vancouver counterpart, Roberto Luongo, standing together at center ice. Luongo reached out and pulled Turco close with a hug and sold out GM Place roared its approval.

They were the indisputable heroes of their series. Neither deserved to lose. That it will be Turco going home does not change the fact that he rescued his reputation and perhaps his career with his performance in this playoff series. No longer do the Stars have to wonder if Marty Turco is good enough to take them deep into the Stanley Cup playoffs. He's not the problem.

No he definitely isn't. Good on Turco for proving himself in this series.
The Telegram mentioned that the Stars ran out of gas. I disagree. They ran out of momentum. That is a solid testament to just how well the Canucks can play as a team and shut the other guys down.
To give Turco a little more respect, here are the final numbers between him and Luongo.

The demons have been exorcised.

Check out this footage inside GM Place when the Canucks scored the 2 empty net goals. Gad, it almost gives me the chills watching it.