Share All sharing options for: Cooke week-to-week / The Incredible Hill

Forward Matt Cooke's status has been down graded from day-to-day to week-to-week. Cooke hasn't skated since suffering a groin injury April 11 in Game 1 of the Canucks series with Dallas. "Matt is not day-to-day anymore," announced Canuck head coach Alain Vigneault at the morning skate Thursday. "He's either week-to-week, or week-to-day, or day-to-week. Or whatever you want to call it. But he's past the day-to-day stage now." - Vancouver Sun


Well that is lousy news isn't it? We could sure use Cooke in the lineup. Then again, Jannik Hansen is performing admirably. 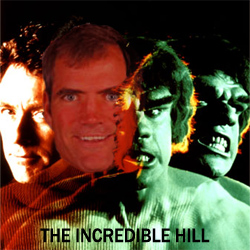 The Islanders recieved their own piece of bad news today. Defenceman Sean Hill has been suspended for 20 games for violating the terms of the NHL/NHLPA performance enhancing substance abuse program. The 37-year-old Hill will now wait to be signed by the Islanders or someone else in the summer, as he is an unrestricted free agent. Hill will not be paid for the next 20 games he plays in the NHL.