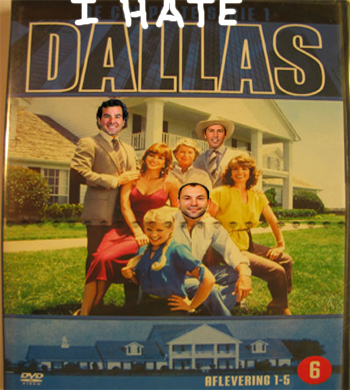 What we talk about with our group is that you earn confidence," Stars coach Dave Tippett said. "To earn it, you have to do little things in the game that show you're successful. Getting a win does that, but it's the things we do during the game that give us confidence, the way we play and how hard we compete. Those are the things that give you confidence and turn into momentum. That's the way our team has been all year. We've been down, we've dealt with a lot of adversity and find a way to battle back."

The Stars are flying high right now because:
-they stole home ice advantage away from us
-they responded after a disheartening loss in quadruple OT with a win in game 2.
-they played a complete game in game 2.
-they now have faith in Marty Turco as a goaltender.
-they have the momentum in the series right now.

Now let's take that momentum back. The Canucks are going to have to come out flying in Dallas and play defensively responsible at the same time. Is that possible for these guys? They are going to have to score first as well, and then settle into their game plan, the way Dallas did to them in game 2. I am becoming much too impressed with Dallas' work ethic now. If the Stars score first tomorrow, I am not liking our chances.
What I am gathering from Brendan Morrison and Trevor Linden's interviews yesterday is that the Canucks have differing opinions on what happened in game 2. Morrison thought the Canucks had a good chance and generated good scoring opportunities. Linden, who I agree with completely, mentioned that the Canucks have not kicked up their play a notch in the playoffs yet. That is concerning me, and I hope to see it erased today in Dallas.
At the very least, we will need a spit in the next two games.

No, Vancouver has not won in Dallas in 2 games this season. That means nothing right now.

The fact that Dallas has lost its last 4 home games in the playoffs means nothing right now.

If Sopel plays stupid again, it may be a good idea to insert Rory Fitzpatrick back into the lineup, as Isabella at Stick in Rink mentioned. Rory was terrific in game 1, but was a healthy scratch in game 2 because Soaps didn't drop anymore crackers.

The Canucks do score first and win the game 2-1. Naslund and Dan Sedin score for Vancouver. Zubov scores for Dallas.
Anyone else feeling confident? Let me know what you think will happen.