Share All sharing options for: Red Wings ride into town 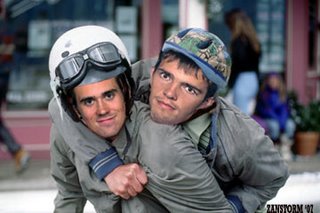 If there are ever Canucks games I look forward to, it's the games against the hated Red Wings. These games are rarely dull and full of competitive fire. I expect tonight's game to be the same.
The Canucks have beat the Dead Wings twice this season in 3 games. The 2 wins were in Detroit. The Red Wings beat the Canucks 3-2 at the Garage on November 14. I wonder if the continuing trend of the road team winning these games will continue.
Detroit is going to be a handful. They have just come off of back to back wins against Nashville to take 1st spot in the Central. That was no small task.
In those 2 games:
-Datsyuk had 3 assists, and has 2 goals and 13 assists in a 9-game point streak.
-Jiri Hudler has come alive, scoring the game winner in both games and recording 3 goals and 1 assist altogether.
-Robert Lang had 1 goal and 3 assists.
-Kyle Calder had 1 goal and 3 assists.

Since January 26, the Wings are 15-3-3. They continue to roll even when Chris Osgood plays between the pipes, and especially when Henrik Zetterberg is still out of the lineup with back spasms.

I am concerned about the Canucks' chances. Their inability to shut teams down recently is not acceptable. As soon as the Blues made a comeback in the 3rd period last game, the Nucks were panicking and blew a 2-0 lead. I'd like to see them score first against the Wings tonight and then bury them. I don't want to see defensive lapses.
This Wings team is playing better than the Wings team from earlier in the season. Not to be too negative, but I don't see the Canucks winning this one unless they shape up and really come out hard against Detroit.