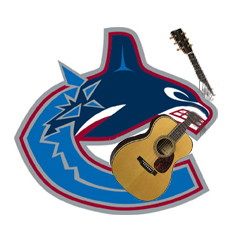 Tonight we can guage the Canucks' performance against a legitimate contender in Nashville, who are in top spot in the West right now. The teams have met 3 times this year, and the Canucks have only won once. The last time they played eachother was November 23rd in Nashville, a 6-0 loss to the Preds.
Markus Naslund has been in a funk as far as goal-scoring goes, but has been impressing Alain Vigneault with his desire to break it.

"When you’re going through adversity, you’re not going just come out of it, you’ve got to do something to [get out of it] and that’s what he did. He’s going out early, he’s working with Louie, working on his game, he’s coming in and watching videos so for me there’s a lot of positives also."

There is a possibility that Willie Mitchell could play tonight, but I think that is unlikely. Sunday is probably more likely.

Apparently Rick Rypien has been practicing with the big dogs.

Ryan Kesler practiced for about 20 minutes as well yesterday.

"[Salo] will start to skate tomorrow but from what the [doctors] have told me, it’s not serious and hopefully we’ll get him back by Sunday also."

My prediction: Ooo, I really want to be negative with this one, so I'll say 4-2 Predators, with the hope, as usual, that I'm wrong.