Share All sharing options for: Up-To-Date Transactions for Monday

6:19pm
Ok, I lied. Brent Sopel just talked to Team 1040 and his enthusiam about returning to Vancouver is contagious. He mentioned:
-He feels great about it, and that he never wanted to leave in the first place.
-Sopel said his family loves it in Vancouver and that they were all jumping up and down and running around the house when they got the news.
-Soaps said he is 'completely jacked' about it.
-He then said it would be a dream to finish his career in Vancouver. No, Sopel does not want to be a rental. But with Salo potentially leaving in the summer, Sopel's dream may come true.
-Sopel ended the interview by saying he will slide into the lineup and have fun with the boys.

This is great stuff. We can probably expect to see Sopel return to form like he was prior to leaving Vancouver a couple years ago. This has to be another huge reason why Nonis re-acquired him.
Sopel's contract will run out in the summer.
He will wear #4 and hopefully play like Bobby Orr.
Let's hope Smolinski is just as excited.

5:58
Gary Roberts still has not waived his no-trade clause with Florida, so the deal that would see him go Pittsburgh for Noah Welch is not happening yet. Roberts is no slouch when it comes to being selfish about where he goes, so he could very well, at the least, take his damn time making a decision, or maybe not accept going to Pittsburgh at all!

5:57
Don Taylor just mentioned on the Team 1040 that he thinks Brian Burke is going to make a big splash tomorrow, getting Bill Guerin or even Todd Bertuzzi. I still don't think Bertuzzi is going anywhere. I think his price tag and injury situation will prevent him from going anywhere, especially not Anaheim. Guerin I could see. But I still think that Jason Blake is a better fit in Anaheim.

The Blackhawks sent a 3rd round pick and defenseman Lasse Kukkonen to the Philadelphia Flyers for forward Kyle Calder. Chicago then moved Clader to the Detroit Red Wings in return for forward Jason Williams.

The Flyers are really loading up on youth and draft picks as well lately. The Finnish D-man Kukkonen will step right into the lineup. He is already showing alot of skill at the NHL level. This season he had 15 points in 54 games with Chicago.
Calder and Williams both needed new homes, as both were inconsistent in Philly and Detroit this year. Calder only had 21 points in 59 games for Philly after a 59-point season in Chicago the previous year. Williams is in the same boat. He has only scored 26 points in 58 games this season, after scoring 58 points in 80 games last season. Both players are doghouse dwellers. We'll see how their change of scenery helps them. 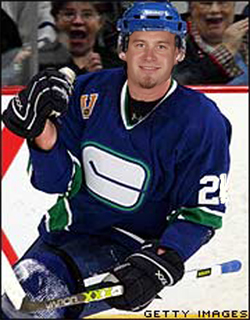 4:46pm
Unbelievable! Not only did Nonis acquire Bryan Smolinski, he has also acquired Brent Sopel for a 2nd and 4th round pick (08)? Nonis gave up a conditional 2nd rounder for Smolinski. I am loving both pickups by Nonis! The return of the Soaps!!! Woohoo! I always liked him in Vancouver.
Sure, he hasn't performed as well in Long Island and Los Angeles in the past couple years, but he sure played well in Vancouver. In his last season with Vancouver, he scored 10 goals, added 32 assists for 42 points in 80 games.
Nonis has now addressed all of his issues that he mentioned in the past couple of days. I am looking forward to seeing these guys in action!


4:38pm
A Canucks.com poster just mentioned that Dave Nonis will hold a post trade deadline press conference. He heard it on Team 1040.

4:16pm
Says this guy, the Smolinski deal is done. I don't believe that yet.

4:09pm
Good ol' JR (Roenick) is running his mouth again, obviously frustrated with his situation in Phoenix. He is looking forward to being traded by tomorrow, if there are any takers.

"To get that feeling again (after) being out of the playoffs here and being driven down to the basement like I have. (I've been) swept through the mud, so to say."


He then speaks of things laughable:

"If I had my wish list, it would be Anaheim, Detroit, San Jose . . . Vancouver wouldn't be a bad place to play the way their goaltender's playing right now and neither would Calgary," he said. "But I'm not in any position to ask for anything.

Vancouver? He JR, read my lips..."Not a fucking chance!"

3:55 PM
Here is a sweet little Photoshop done by a Canucks fan on one of the Canucks.com forums. Cruel, but bloody hilarious! 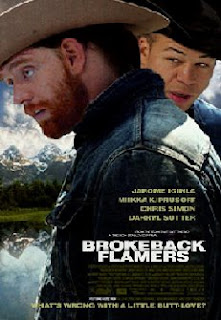 3:54 PM
There isn't much going on right now. But TSN just ran a story about alot of Sabres fans who are willing to get together and pay for coach Lindy Ruff's $10,000 fine that he recieved after the Sabres/Sens 'brawl'.

3:26PM
Here is what Darcy Tucker had to say about remaining a Leaf (video).

2:45 PM
THE VANCOUVER CANUCKS ARE CLOSE TO SIGNING BRYAN SMOLINSKI FOR A 2ND ROUND PICK IN 2007!!!! Keep your fingers crossed. I had to backtrack a bit because he has not signed yet.....Sorry if there was any inconvenience.
Smolinski has 14 goals and 23 assists in 62 games for the Hawks this season. He has shown alot of jump this season and could put up his best totals since 2000-01.
I guess Smolinski could be a 3rd line center with Vancouver behind Hank and Morrison.
This would be a great acquisition by Nonis, as Smolinski has alot of playoff experience as well. In his career he has played in 99 playoff games, accumulating 45 points.
He's pretty good defensively too, and should would right in with Vigneault's scheme.
C'mon Nonis! Get it done!

1:45pm
The Islanders aren't messing around are they? Now they just acquired Richard Zednik, the Zednikian One, from the Capitals in exchange for a second round pick in 2007. Zednik was slated to become a UFA this summer. Zednik's season has been a 'disappointment' according to some people. But that point total is on par with his career average in a season. He only has 6 goals and 12 assists in 32 games.

1:28 PM
Alex Kovalev has NOT been placed on waivers, reports Spector. It was a misprint on the part of USA today, who probably meant that he was taken off the IR and will return to action.
Funny though, Eklund posted that he was put on waivers and then changed the title by putting a question mark after it about an hour later. Nice work. And I don't even charge $19.99 for a season's pass! haha This is why Spector's Trade Rumors is the best site around if you want any bonafide info about trades and rumors.

12:35 PM
It appears that Jason Allison has retired today, as there has been no interest in his slow services this season. But Jason can hold his head up really high, because he accomplished a Maple Leafs record: the most points by a Leafs player in a season before heading into retirement. His point total last year of 60 beats Syl Apps and Marion Stastny's record of 53 points. File this one under "stupid records that no one gives a rat's ass about!"
Too bad for Allison though. He still has the great passing hands but couldn't back check because of his sluggishness. Unfortunate.

11:51 AM
Off-topic, but I read on the Canucks Hockey Blog about the possibilty of a new Canucks logo come August 1. Apparently the Vancouver Sun hinted at the notion that since Luongo sports Johnny Canuck on his mask that the jersey might reflect that concept. One concept shown on on the Canucks.com Forum is an RBK version of the Stick in Rink logo. Sweetness.
I posted a few pics of possible ideas here (angry beaver version), here (Johnny Canuck cartoon versions as well as the lumberjack), and here (not-so-manly superhero version). The final concept I created back then and never posted. So may I present to you, a fitting jersey considering how the Canucks played against the Stars yesterday.... 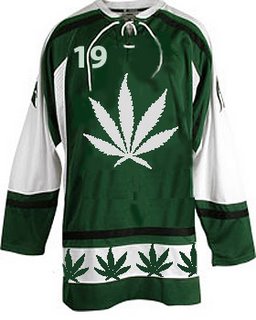 11:38
Spector has mentioned that the Pittsburgh Post has revealed that the Penguins are indeed trying to acquire Gary Roberts right now. Or, maybe that is the deal already nearly finalized if Roberts waives his no trade clause.

Rumours persist the Canucks continue to try to pry Bryan Smolinski out of Chicago for the right price.

He also mentions the rumors surrounding re-acquiring Martin Gelinas. Yeah yeah, I've been all over that before. Alright, I'm just tooting my own horn to ease my insecurity complex...haha, I'm sure those rumors have been all over the Canucks Forums as well.

10:31 AM
TSN- The Blue Jackets have signed Freddy Modin to a contract extension. Modin and the NHL team finished the final few details Monday morning on a deal that will pay him an average of $3.25 million in each of the next three years.

9:50 AM
There have not been any trades today yet, however, TSN is just reporting that the Panthers may be trading Gary Roberts soon and are asking him to waive his no-trade clause. TSN's sources are also saying that the deal may not be with Toronto or Ottawa. But that contradicts where Roberts says he would play if traded, so we'll see if anything goes down there. Think he'd go to Montreal?