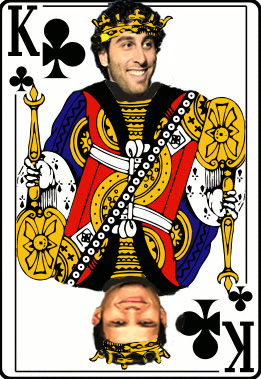 I sure hope the Canucks better get a better result tonight against the Kings than they did last time these 2 teams played on January 26th.(highlight vid) The Kings won that game 3-2 in OT, outshooting the Nucks 43-39. That was the game where Sean Burke out-played Roberto Luongo, and Alex Folov scored 2 goals including the OT winner. It also was a game where the Canucks came out of the gate slow, after coming home from their successful Eastern road trip.
Tonight could be the same scenario in a way. The Canucks defeated the Ducks in an emotional game on Tuesday night, getting Dany Sabourin his first win. I would almost expect a slow start in Los Angeles tonight. Hope I'm wrong.
Once again, this game is a must win situation. The Kings are in the Western Conference basement, and are mostly motivated to be spoilers at this point. The Canucks need to respect the speedy LA offence and come out skating hard tonight, or they may fall behind 2-0 early like last game.
I have a good feeling about tonight's outcome after praying to Luongod today. He says he'll face alot of shots again tonight, but will only let in 2. So in that case the Canucks will win this one 5-2.

Just to be sure, I played a game of Blades of Steel this afternoon. I was Vancouver and the computer was Los Angeles. I was up 5-1 when the Kings decided to get all "Miracle on Manchester" on my ass, and went up 6-5. A successful penalty shot later followed by sustained pressure, I managed to win the game 9-6. More good karma for Vancouver tonight! (heheh)