What should Nonis ask for in return for Bulis?

Share All sharing options for: What should Nonis ask for in return for Bulis? 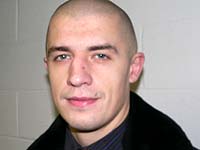 It is still apparent that Bulis wants to be traded. So let's rid ourselves of his inconsistent existence. Is Nonis going to trade him for immediate help, or future help in the form of a 2nd or 3rd round draft pick?
I'm thinking that immediate help is mandatory, especially in the scoring category, regardless of the fact that the Nucks are scoring goals recently. Perhaps a bit of playoff experience is in order as well.
The Canucks have $43,125,000 of spending for salary cap commitments, Bulis included. Bulis is taking up $1.3 million in cap space. So what could Nonis get for him, keeping in mind a fair trade for Bulis and what GM's may actually give up for him? (Bulis is a LW, and has 9 goals and 7 assists in 47 games)
Hmmm.....

- Martin Gelinas, LW. ($975,000) An unrestricted free agent at the end of the year. Wouldn't it be great to see Gelinas return for another stint? He's a gutsy and gritty guy, and can perform in the playoffs. He has 6 goals and 15 assists in 50 games in Florida this season. He's better than that.

- Trent Hunter, RW. ($1,000,000) The Islanders are suckers, aren't they? They'd land Bulis. Just ask for Hunter and offer Charles Wang a year supply of sushi to go along with the 'superstar in waiting-Bulis'. Hunter, who used to play for the Prince George Cougars, is seeing a decline in production over the past few years. But the hard-hitting 26-year-old would have better numbers with more icetime in Vancouver.

I'm out of ideas. Anyone else have some suggestions? One thing is for sure: It will be tough to move Bulis and get what 'we' would want in return. Those above examples could be filed in the 'not a f***ing chance' category.