Share All sharing options for: OILERS, NOT SENATORS CLAIM NEDVED 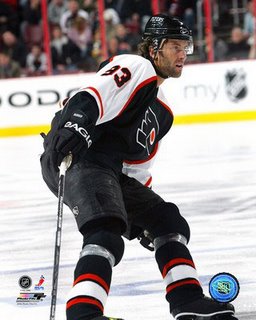 I am suprised by this. GM Lowe had this to say:

"We liked the way he played for us last time he was here,"Lowe told The Canadian Press. "We're adding some depth up the middle. He was a good fit last time and we think he can help us out again."


In 21 games this season, Nedved has one goal, seven points and is a minus 20. The 35-year-old, comes at half of his $2.356 million price tag.
This is Nedved's 2nd stint with the Oilers. His previous tour of duty with Edmonton was in the 03/04 season, where he only played 16 games, and had 15 points.
Are we going to see a Hemsky-Sykora-Nedved Czech line?
Are the Oiler fans going to like this signing? I would guess not. Especially not when Nedved only has 1 goal and 7 points in 21 games with the Flyers this season.