Kesler out with hip surgery = Doomsday?

Share All sharing options for: Kesler out with hip surgery = Doomsday? 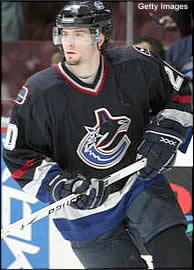 Vancouver Canucks center Ryan Kesler will miss the rest of the regular season after undergoing hip surgery scheduled for next Monday in Colorado.

Kesler will miss 12-16 weeks.
How big of a loss is this for Vancouver? How much will Kesler be missed? Is this the last we'll see of Kesler in a Canucks jersey? Oh boy...
Iain MacIntyre of the Vancouver Sun mentioned this today:

The Vancouver Canucks were so flat and outplayed for long stretches Friday that they did the impossible and made Ryan Kesler seem underpaid....The Canucks badly lacked Kesler's chief traits -- speed, purpose, grit -- as they were overrun by the Kings for shifts at a time.


I somewhat agree, looking back at last night's loss to the Kings. But having Kesler in the lineup would not have made a difference to the end result, IMO. The Canucks, for the most part are built for speed, purpose and grit, and they didn't show enough of that as a team last night. They came out flat and were buried early, and then were not playing well enough in front of Luongo for the winnig goal in OT.
Let me be honest with you. Kesler is coming of age this year, no doubt. He is establishing himself as a bonafide 3rd liner. But not only should the loss of him not significantly affect the Canucks performance, but more importantly, it frees up $1.9 million in inflated salary (thanks, Booby Clarke) that Dave Nonis can use to get an even better player at the deadline or sooner. A player who will put up more offensive numbers than Kesler's 6 goals and 10 assists, which is not good enough for his pricetag. We already have Matt Cooke eating up enough salary as it is, doing the same thing!
So, the glass is half full. Kess was playing well this year, no doubt, and I acknowledge that. But I am looking forward to seeing what Nonis does to fill in the void.