Craig Conroy goes back to Calgary? Oh no!

Share All sharing options for: Craig Conroy goes back to Calgary? Oh no! 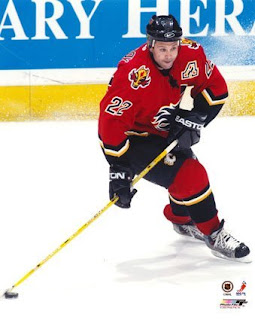 Why 'oh no'? Because Conroy played well in Calgary last time he was there. Conroy played very well with Iginla. Conroy could be money in the bank for the Flames down the stretch. I wouldn't bet against it. Nothing is worse for a Canucks fan than seeing their rival team upgrade like this.
Conroy, who is earning $2.4 million this season, was not putting out in Los Angeles (16 points in 52 games). When he played for Calgary, it was a different story. In just over 3 seasons with Calgary, he had 60 goals and 128 assists in 237 games. In the Flames' Cinderella run to the Finals, he scored 6 goals and 11 assists in 26 games. He was a force no doubt about it.
What did the Flames give up to get Conroy? Jamie Lundmark and 2 draft picks. Lundmark, he of the 4 assists in 36 games this season. Lundy has not hit his stride in the NHL yet and may never do so.
Now, as a GM of opposing teams in the Northwest Division, does this acquisition intimidate you? Do teams like Edmonton, Vancouver, Minnesota or Colorado make a move as well to keep up?
One thing is for sure: this takes Calgary out of the race in the Tucker sweepstakes.