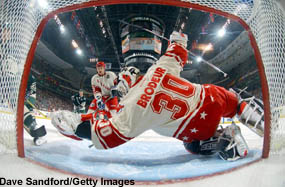 The last time there was an All Star Game was in 2004, in Minnesota.
-Daniel Alfredsson scored 2 goals and added an assist.
-Mark Messier and the great Gary Roberts had a goal and an assist each.
-Joe Sakic was named the game's MVP after scoring a hat trick.
-The East won 6-4.
-Pat Quinn coached the East team and Dave 'Hitler' Lewis coached the West.

Skills competition (Which originated in 1990) 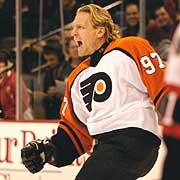