Share All sharing options for: Patrick Fitzrory responds to hype 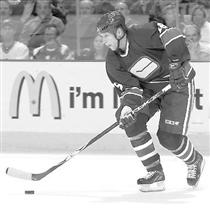 It seems as though Rory Fitzpatrick is a little uneasy with his new-found fame, Sportsnet reports. He seems to be a private and quiet type of guy. As a write-in candidate, Rory gained 113,509 votes this week, which is more than any Western Conference player. The momentum of the Vote for Rory campaign is gaining steam, and is being mentioned on many major sports shows, including Hockey Night in Canada.
In my opinion, Rory kind of relinquishes a little bit of that momentum with his comments.

"If anybody knows me they know I don't like to be the focal point of anything," said Fitzpatrick, who apparently looked uncomfortable with the interview.
"I'd rather just do my business and go home. I'm going to have fun with it. Everybody seems to be enjoying it. I thought last week it would be over in a week. Maybe next week we won't hear too much about it."


When asked if he would go to the All Star Game if he voted in, Rory said:

"I have no idea. I'm not going to make any plans to go to Dallas.
If it happens, then that's a whole other fence to climb at that point."


Roberto Luongo said that he has voted for Fitzpatrick about 5 times. Even coach Vigneault has voted for him.
When Trevor Linden was asked if he has done so, he replied:

"No, I'm going to wait for him to get back in the lineup before I cast my vote.
I want to see him a little more before I make my decision."