The Oilers are coming

Share All sharing options for: The Oilers are coming 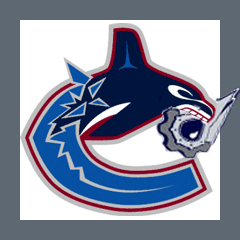 The boys are back in town. The Oilers visit Vancouver tonight and they are packing less punch than usual. They have lost 3 in a row, after losing to Columbus 4-0 on the weekend. They are also playing without Ryan Smyth, who is out with a broken thumb. This is a good thing. We don't want to see Smyth standing in front of Roberto Luongo all night do we, being his usual pain-in-the-ass self? No thanks.
The Oilers have dried up on the powerplay as well, going 0-for-5 against Columbus. In fact, the Oilers have not scored any powerplay goals in their last 3 losses. The Canucks went 2-for-6 in their 2-1 win over Colorado on Saturday.
All the Canucks have to do tonight, is preferrably score more than 2 goals, neutralize Edmonton's speed game, much like they did against the Avalanche, and not retaliate to Edmonton's aggressive play. No problem, right?

I like the Canucks' chance in this one, with Luongo playing red hot lately. I'll say the Nucks take win it 3-2.