Naslund at peace with himself

Share All sharing options for: Naslund at peace with himself 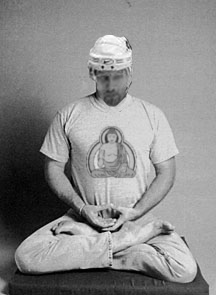 A nice little tap pass to JJ for pointing this article out at Canucks Hockey Blog. Jason Botchford from the Province wrote a piece on the slumping Naslund today.

EDMONTON -- Markus Naslund has had it with the consternation accompanying his maddening scoring slump.

After going an implausible 13 games without a goal, Naslund said Saturday he has reached a Zen-like state about the slump, finally pushing aside the pressure, anxiety and self-doubt.

"It's gone far enough that I can be positive and not put pressure on myself," Naslund said before Saturday's game against the Oilers. "For the longest time, I was squeezing the stick and that just made it harder. It's a new day and with it comes a new opportunity.

"I know eventually it's going to come around and I'll get my confidence back. As a scorer, that's such a big part."

Naslund said he has spent a lot of personal time recently contemplating his struggles and how he can find a way out.

"I've been thinking a lot about different things," Naslund said. "I feel now that I'm in a good place in my mind and I think that's where you have to start."


Check out the rest of Botchford's piece for more on what Naslund, and even coach Vigneault is saying.

To be honest with you, it's fine and dandy that Naz is in a good place in his mind, because he really doesn't want to be his own worst enemy. But as a fan, I want to put pressure on him, because at a $6 million salary, a team cannot afford to have a player slump this bad and potentially hinder the team's success. Then that $6 million would be better spent elsewhere.
To put Naslund's predicament in perspective, he has 27 points in 39 games. That ranks him 32nd amongst all NHL right-wingers, and 94th amongst all skaters. That means that even guys like Kyle Wellwood, Dan Cleary, and even Nathan Horton have more points.
I don't want to hear anymore about how he misses Bertuzzi. In a cap-limited NHL, a $6 million forward had better rack up the points and make the players around him much better, like Joe Thornton does. If he doesn't, he isn't worth the pricetag.
I don't mean to be a party pooper the day after a massive win. But it's time Nazlund took this team by the balls and earns his paycheck. I hope his 2nd half of the season is red hot.