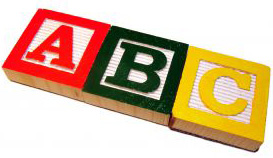 Ever seen a grown man cry? I was close, I'll admit it. Tears of rage really. And it wasn't so much the fact the Canucks lost 2-0 (believe me, this year, I can expect these things in advance).

It was being subjected to the Boston play by play guy refer to Bieksa as "Beeska" ALL NIGHT LONG. I gave him one or two mistakes as a courtesy, but the game got longer and longer every time that mouthbreather had to share the fact he missed the media guide with us by dropping such wonderful gems as "The puck squirts around the board and there's Beeska to retrieve and start the rush out of the Vancouver zone." Thank god we only see them once every 72 years under Bettman's schedule.

Bring on the Blue Jackets. Let’s see how they can embarrass this squad to round out another memorable road trip. Hell, the Wild beat Luongo on their first shot and Boston shut 'em out, so Hitchcock will have to get crafty to keep the great Vancouver suck going. How about an Anson Carter natural hat trick before the game is two minutes old and Federov beats up Matt Cooke and breaks his jaw with a nasty uppercut?