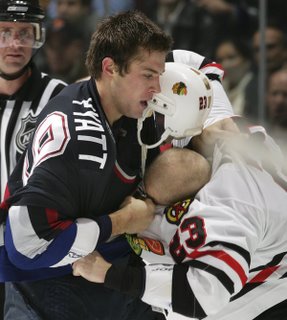 This picture is wonderful for a few reasons:

Up next are the Red Wings on Wednesday. In the meantime, it feels good to see a meager winning streak again.