Share All sharing options for: SAVAGE RETIREMENT/DRINKING AND DRIVING 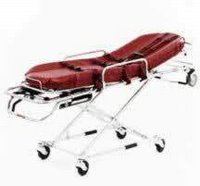 Brian Savage has officially thrown in the white towel today on an injury-riddled career. He is 35 years old. In the 13 years he played, he managed 674 games and 359 points. The closest thing to a complete season he ever played was in 1996-97 with the Canadiens (81 games). He showed alot of promise with the Habs, but as soon as they traded him in 2002, he progressively got worse and worse, and worse and worse, etc. You get my drift. His lanky frame wasn't made for hockey. He needs a desk job, or whatever prevents him from running into something or even moving a muscle.

Nice. Two NHL players in the news for drinking/drunk driving on the same day: Jay Bouwmeester and former Hab Serge Savard. Wanna know how drunk they were? Wanna know all the dirty details? I don't, and neither should you. For TSN and whoever to even bring this up is TABLOID JOURNALISM and it really is pathetic. Hey, let's tarnish Serge Savard's name before the Habs retire his jersey this season...fuck off!!!! There is ZERO class in even reporting on this shit. Save it for the National Enquirer because we don't need to know it. I really hate it when hockey journalism goes this route. It's their personal lives. Let's just stick to hockey.
It's not like Bob McKenzie and Pierre MacGuire don't sit in the back room, drink scotch and look at porno before driving home! They just haven't been caught yet! (haha!)
Journalists have the right to report, but they should also look into their moral fabric once in a while before seriously reporting this kind of stuff.
That is why I like blogging. I am free to say something like "ah shit too bad they got caught" or "I guess Savard's wife is driving him to the ceremony for the jersey retirement." I joke it off. But the real truth is...I would rather not even know about any of this in the first place.