Share All sharing options for: MIKE KEENAN STEPS DOWN AS FLORIDA GM 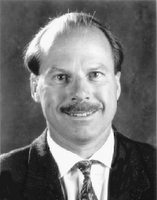 The team has stated that Iron Mike wants to pursue other career opportunities. But this move is rather sudden. Either he is afraid of an impending hurricane, he misses being on CBC HNIC, or he has a chance at a higher up position somewhere else. (note sarcasm)
There are already speculations that Keenan was 'forced' out. Why would he leave now when he has done so much to change the team's fortunes?
He still had 3 years left on his contract.
Coach Jacques Martin will wear two hats as coach and GM. I'm sure alot more information will be available as this story unfolds.